Next Generation Ninja Turtles in Cinemas in 2023

Teenage Mutant Ninja Turtles, or Ninja Turtles as we know them, have been around for a very long time. The more successful our favorite tortoises were as cartoons and comics, the more disappointing they were as cinema adaptations. This time, producer Seth Rogen and his team, who are preparing to bring the business to the screen entirely as CGI, announced the film’s official release date. Seth Rogen, who shares an interesting piece of paper from the next generation of TMNT, which will be released on August 11, 2023, has added another dimension to the acronym TMNT that we have known for years. 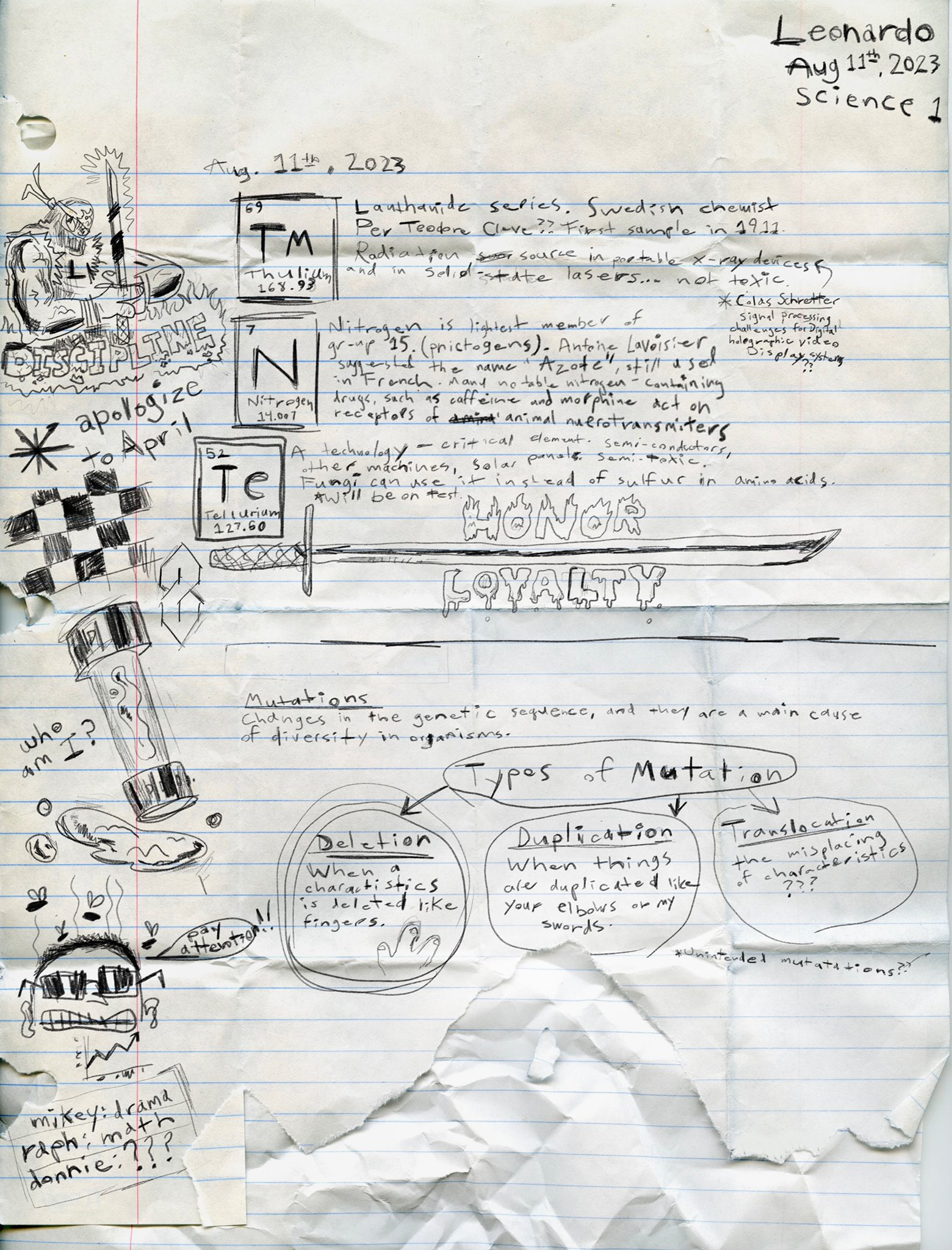 The paper contains the elements TM, N and Te. These point to Tulium, Nitrogen and Tellurium, respectively. In addition to the descriptions of these elements, the words Discipline, Honor and Loyalty are also noted in the paper. We’ve also learned that our team owes april,the best reporter in the universe, an apology. Under the headingMutations, “Erasure: Erasing a characteristic phenomenon such as fingers.” “Proliferation: The proliferation of things is like elbows or my swords.” and “Displacement: Misplacement of characteristic elements???” it can be taken out of the descriptions that the film is a kind of origin story.

Seth Rogen; as well as Evan Goldberg and James Weaver;are also in the production lineup, and the film will be animated by Point Grey Pictures. Brenden O; Jeff Rowe is the director of the new Ninja Turtles film, which Brian wrote. Although we haven’t learned the voice cast yet, the first impression that we wake up from the film is that it will give us the taste of Ninja Turtles, which we miss a little more. I hope the piece of paper seth rogen shares is a precursor to a good movie.

Our Gamegezer Journal is here with the June 2021 issue

Ubisoft Plus can be added to xbox game pass service

The Last Of Us 2 Walkthrough – Where to Find Antique Ring?

SnowRunner Comes to Steam on May 18

Shadow Warrior 3 to Debut on Consoles

Gwen, the new champion of League of Legends, is introduced