Let’s immediately remember a film that goes back to the not-so-distant past and even back to the time of myths. The 2004 film Troy, in which Brad Pitt plays a stunt double in the director’s close-up leg shots because he builds muscle like crazy and his legs remain bare. Ignoring all the mythological elements of the story from which it was adapted and basing the Trojan War on more objective reasons, this giant casting film took all the Hollywood actors who took up arms in the hands of the period as if they were conscripting them, but wobbled a little at the box office.

Our game Achilles: Legends Untold starts us by throwing us into the heart of this enormous battle, which I think the presentation of the game is not bad. But here we are supposed to be a legendary warrior in the game where we are supposed to play as a clumsy frontline soldier, so the initial excitement quickly gives way to trouble. It’s not that the game does good things, it’s all just a little bit down. 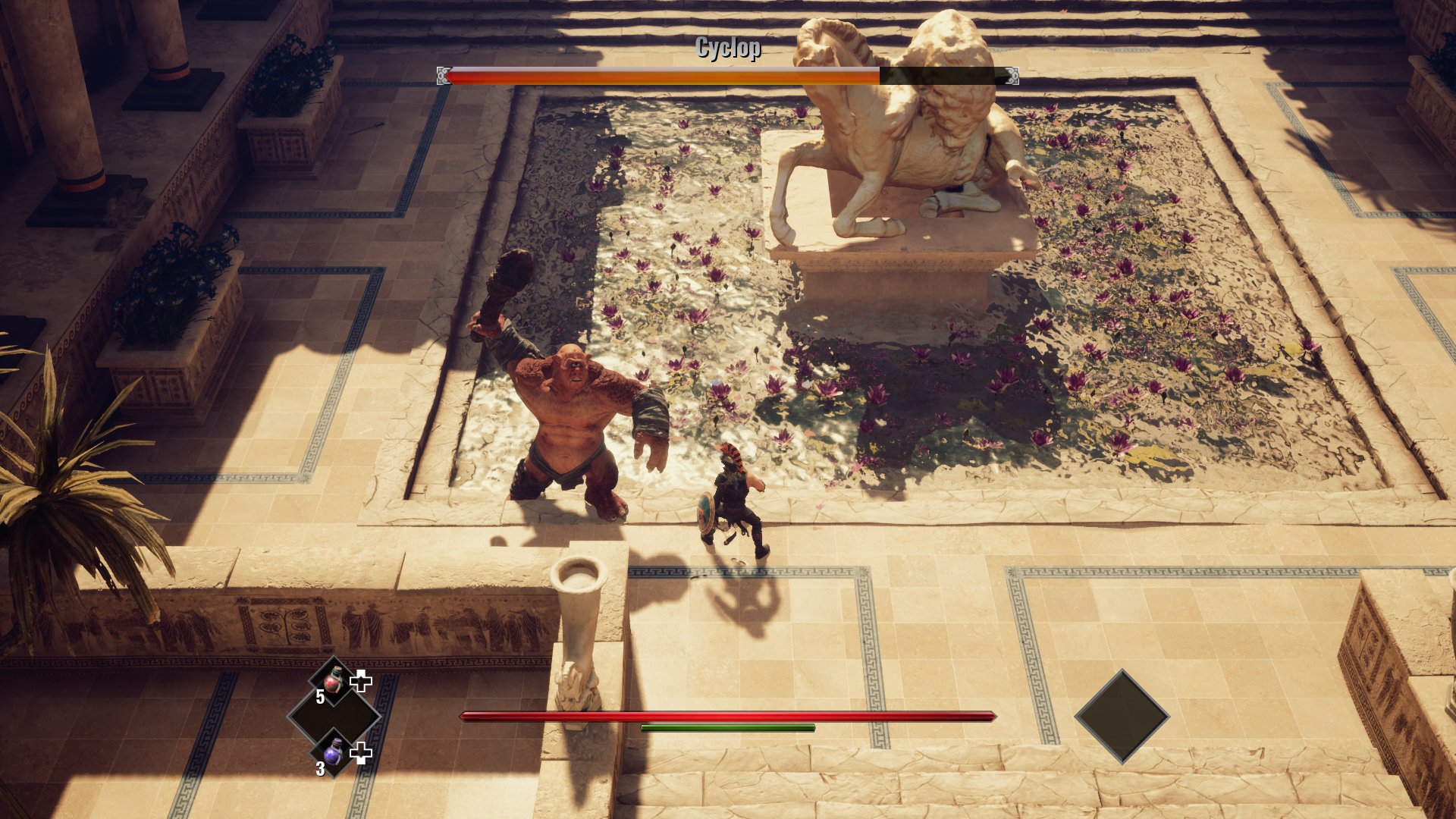 Of course, as we all know, things do not go as Achilles wants, and we reach the lands of Hades with an arrow that Paris sprays on our heel at the very beginning. Hades, who finds us here, says, “Come on, man, you’re the younger man, you can do it,” and returns us back to the world and we start our first mission. Since the game is in Early Access, I say I shouldn’t go too much on it, but I haven’t come across such a hard-to-control production for a long time.

Once in a game played from an isometric camera, managing our man with the arrow keys to be able to shoot with the mouse is a complete torture, the game has obviously been developed so that it can be played with the arm, but the gravity of the situation for the PC does not end here. Slow or skipping animations, non-seated sound effects, unstable frame rates, and cumbersome controls keep bothering us. Moreover, I would like to mention that this game is not a Hack & Slash like Diablo or Titan Quest, another game it emulates, but rather has a Dark Souls-style gameplay and interface. Therefore, there is a slow gameplay based on taking more positions instead of diving into the enemy. Oh, that’s not a bad thing, of course, but the cumbersomeness I just mentioned and the late perceived hits, which are very difficult to keep up with the timing, and even the shots that go through the guys from time to time, squeeze a nice lemon into the pleasure you will get from the game. 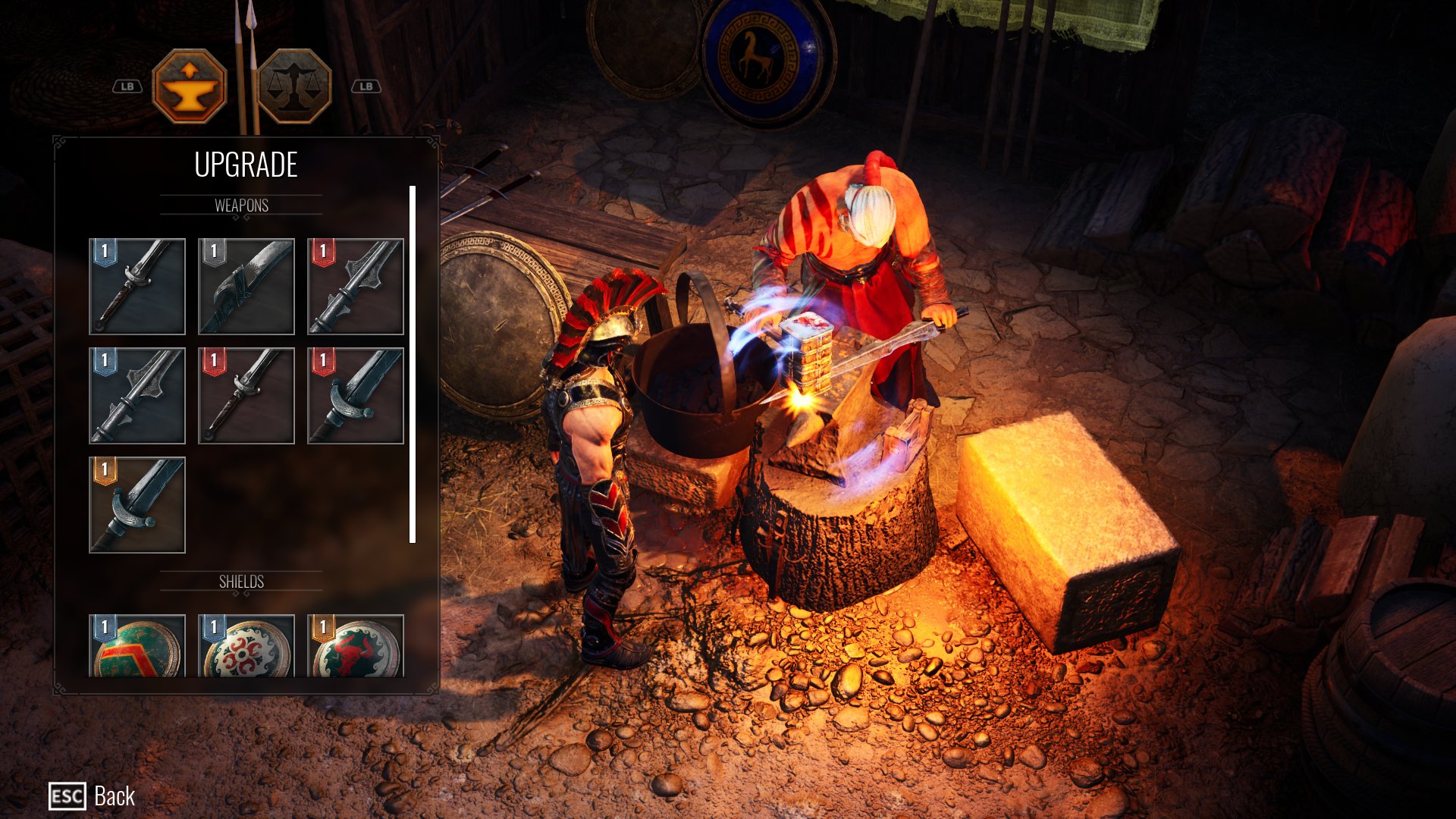 If it’s the enemy AI, I can say that the “timidity” of the friends with the spear and the sword to attack me and respond when I attacked me made it a lot easier, while the enemy artificial intelligence was festive to the houses, the archers were all blessed Legolas/Paris (of course, they are all Orlando Bloom) shooting you from outside the screen and jumping from top of each other and squeezing you in our heads. Of course, when I flew into the middle of 4-5 men like Battal Gazi, the results were not very pleasant, but when I pulled them on me one by one, I had no problem taking these unintelligent friends down. Although the visuality of the game looks nice, the banality of the designs tired my eyes over time and the music remained average. You know, wherever we look, this game needs to be cooked a lot.

The meat of every Souls-like is inedible

You don’t find plenty of weapons in the game, and it takes a lot of progress to improve what you find, but there’s also the case of leveling up with the souls you collect and dropping them to the ground when you die. These drops can sometimes happen to a rival warrior, which is a trait taken directly from Bloodborne. Unfortunately, the feeling of the stroke, which is very important in such games and which we are looking for, cannot be found. 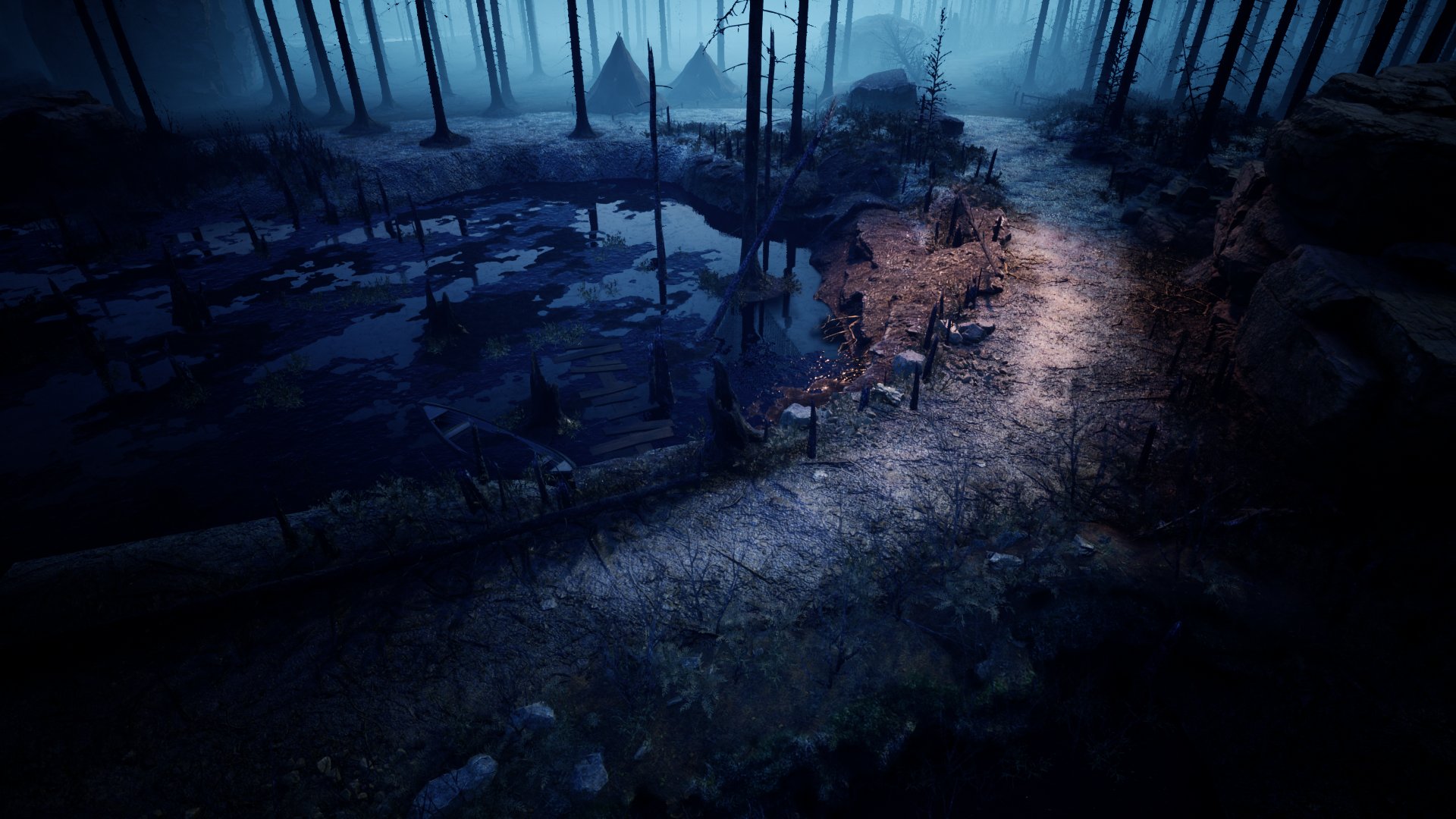 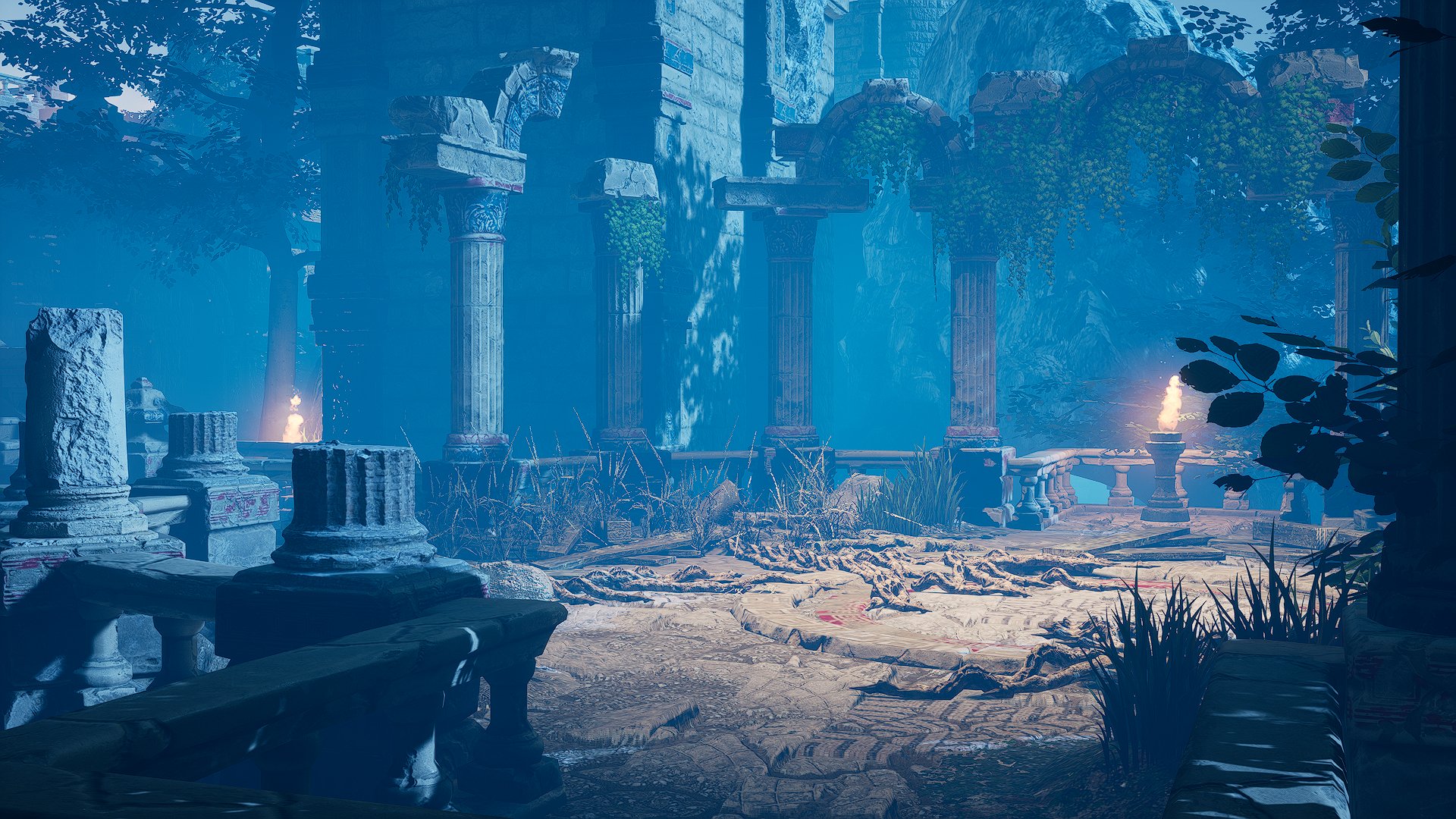 Although the control poverty I mentioned at the beginning is a big factor in this, the game itself is boring now and friends. While the script is well and bearable, trying to move forward with a barzo, which cannot be Achilles’ fingernail in the movie or in the legends, is really soul-sucking. While playing with the spear, which is the most effective of the weapons, is a little more fun and effective, I could not like them very much because the sword, axe and two-handed weapons give the feeling that you are swinging in the air, we also gain an impractical shield throwing movement and special movements that do not create excitement, but unfortunately there is always an internal problem because the basic mechanics of the game are not fully fitted. Although it is nice to be able to take the weapons of the bosses we have killed, the fact that there are no bosses even after a long time at the beginning of the game and that we are always cutting the same types caused me to get very bored with this early access game (what a bored I am from this game) and to return to Soul Calibur 6 or something, “Let me play a game with a proper gun”. So the team has a long way to go.

At least we can do Brad Pitt’s famous move. 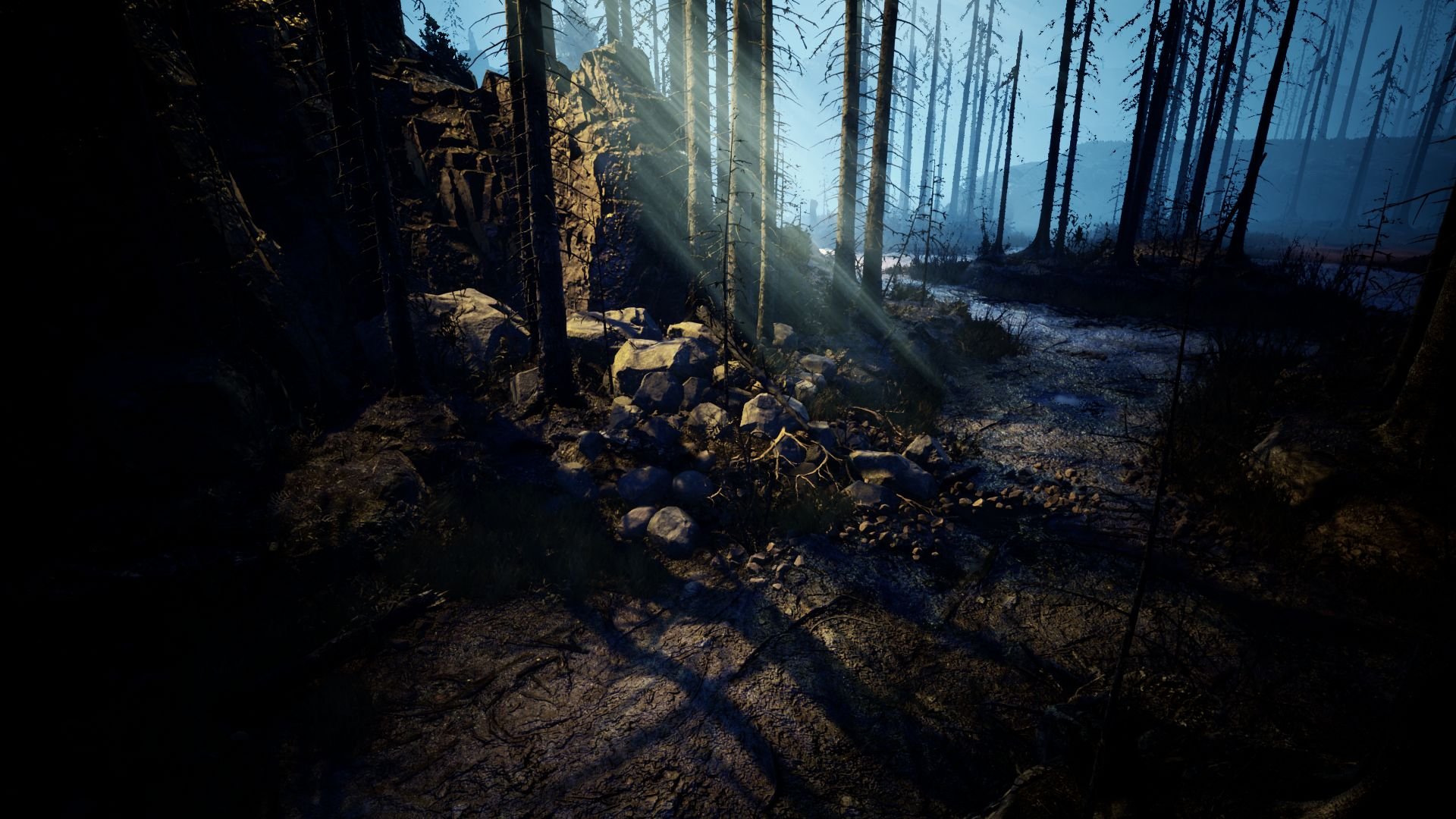 True, we can, but early in the game, when we die, we have to relearn that famous movement from the skill tree because something happens to us. It’s just as absurd as Kratos forgetting his skills at the beginning of each game and trying to learn back, and it’s also a depleasing element that comes across here, but the game has to recover a lot by the time he gets there. When the full version is released, if these problems are solved, a playable production Achilles: Legends Untold will not make as much success as a Titan Quest, but it must be admitted that it is an interesting experiment in Souls-like games. I hope the producers are also aware of the mine in their hands and manage to awaken Balrog inside the game by digging a little deeper.

Interim Decision: The potential of the game, which is an interesting Action/RPG that needs to be polished a lot, has not yet been revealed.

Devolver Digital Live Stream Event Will Be Held On June 10

Ubisoft Postpones The Settlers inDefinitely at The Last Minute

Bloodstained: Ritual of the Night Sequel Is Being Developed